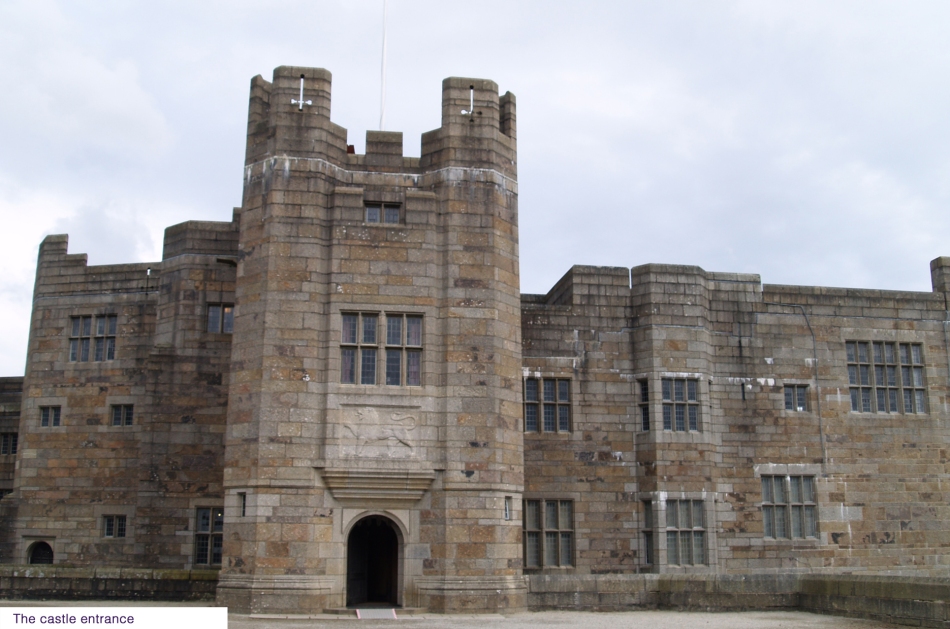 Austere as the granite fortress may seem, perched on the edge of a gorge-like valley overlooking rugged countryside and bleak moorland beyond, it was never intended to defend or do battle. The highest garden owned by the National Trust, 862 feet above sea level and only completed in 1930, Castle Drogo is a modern masterpiece, and the last castle to be built in England.

I have grown up with Castle Drogo right on my doorstep. As a little girl I carried armfuls of flowers through the wood-clad corridors and watched the local flower club, which my mum belonged to, bring the house alive. Formal fireplaces were set ablaze with bold stems of scented lilies, while the kitchens were a cottage garden delight of produce and annuals. In my teens I performed in a play that told the story the Drewe family who once lived in the castle. The gardens were our stage and the moving performance wound its way down to the imposing granite entrance of the cosy castle.

The Drewe family bought the empty plot of land and gave gifted architect, Edwin Lutyens, a budget of £50,000 to build the house and £10,000 for the gardens – although the project had cost three times the original estimate by the time it was finished. Lutyens embraced the unusual brief of a Norman fantasy fortress, but made sure that the castle had all the mod cons it would need to be a snug family home. The design included a flat asphalt roof, which began to leak soon after the castle was completed and continued seeping water into the house until a major scaffolding-clad restoration project began in 2012. 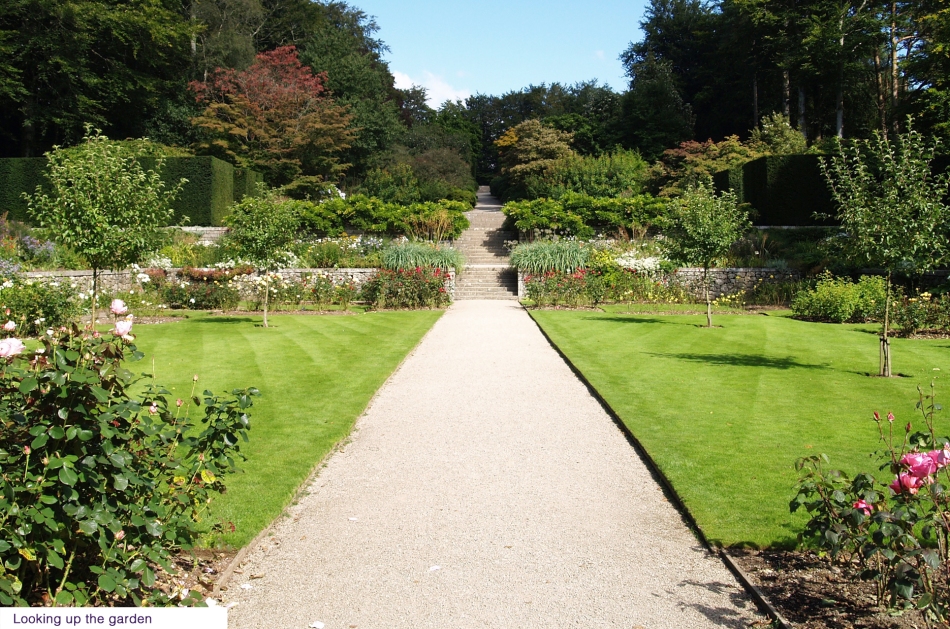 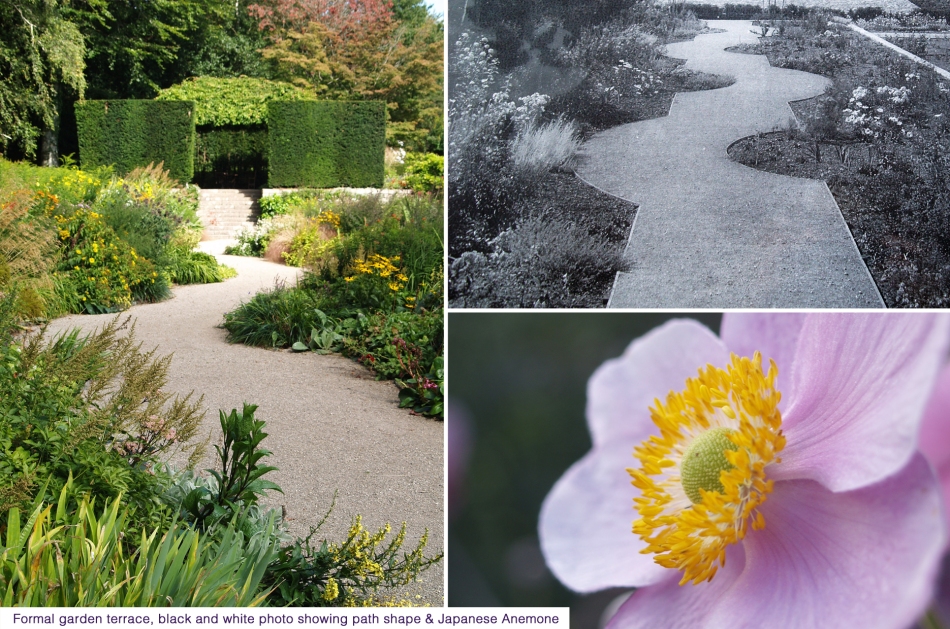 Completely detached and hidden from the family home, the gardens are approached by a set of moody granite steps; flanked on either side by towering yew hedges, which are guarded by a windbreak of beech trees. With out this wall of greenery the borders would be battered by unforgiving moorland winds – the location receives an average rainfall of 45 inches every year. Anyone making their way down the long, sweeping drive would travel straight past the gardens completely oblivious. There are no entrance lodges, ornate sculptures or flawless topiary, just unruly heathland and beech trees.

Lutyens put as much effort into the gardens as the castle and with the help of knowledgeable plantsman George Dillistone, the area was divided into three separate spaces. The first room, discreetly hidden by the yew fortress, is a formal garden. A checkerboard of rose beds divides the pristine lawn, with four newly planted crab apples adding height to the lowest part of the garden. Making sure the roses are healthy is a labor-intensive job as the soil condition is poor acidic and stony. Each corner of the formal garden is punctuated with breathtaking domes of pleached Persian Ironwood (Parrotia persica ‘Pendula’) – welcome areas of cool air and shade on hot, still days and simply planted with hart’s tongue ferns (Asplenium scolopendrium) and European wild ginger (Asarum europaeum). On either side of the lawn are raised terraces with deep herbaceous borders. A path runs from one end of each terrace to the other, although instead of being a continuous line, elliptical curves allow planting to spill over the path and create a meandering walk. It is believed that the design work Lutyens did in Delhi influenced the shape of these paths. 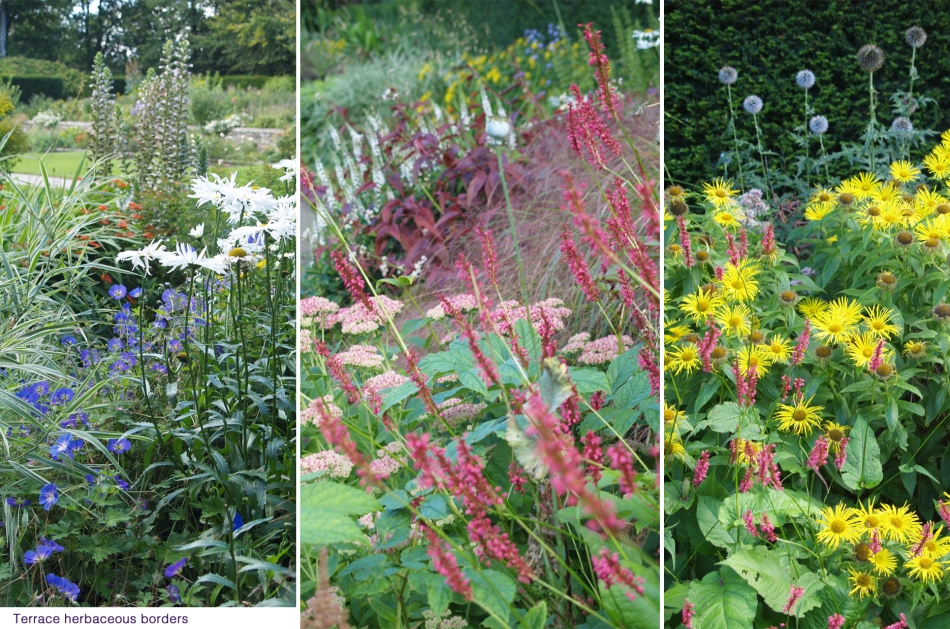 More glittering granite steps, with twisted wisteria mirrored on either side, lead to the next level of terrace – a small fragrant garden. Again, balance is key. The long strip of terrace has two of the four Persian ironwood domes at either end. Yew forms the skeleton of this area also; two benches look back down towards the formal garden, positioned in alcoves cut from the hedge.  It is clear how important shape and symmetry are in the formal garden below. Even though there are multiple levels, the strength of shape and sharp line makes it all interlock seamlessly. 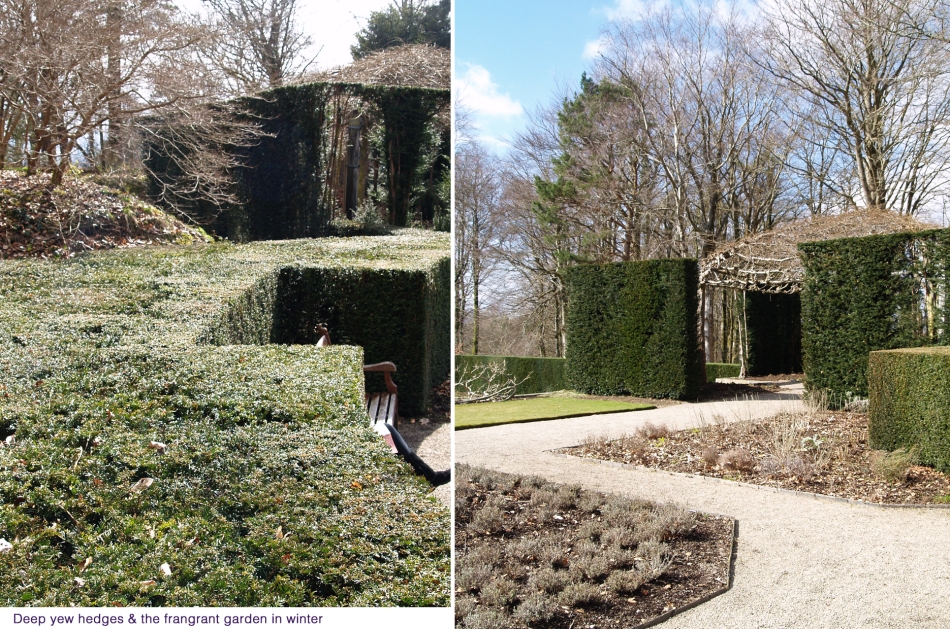 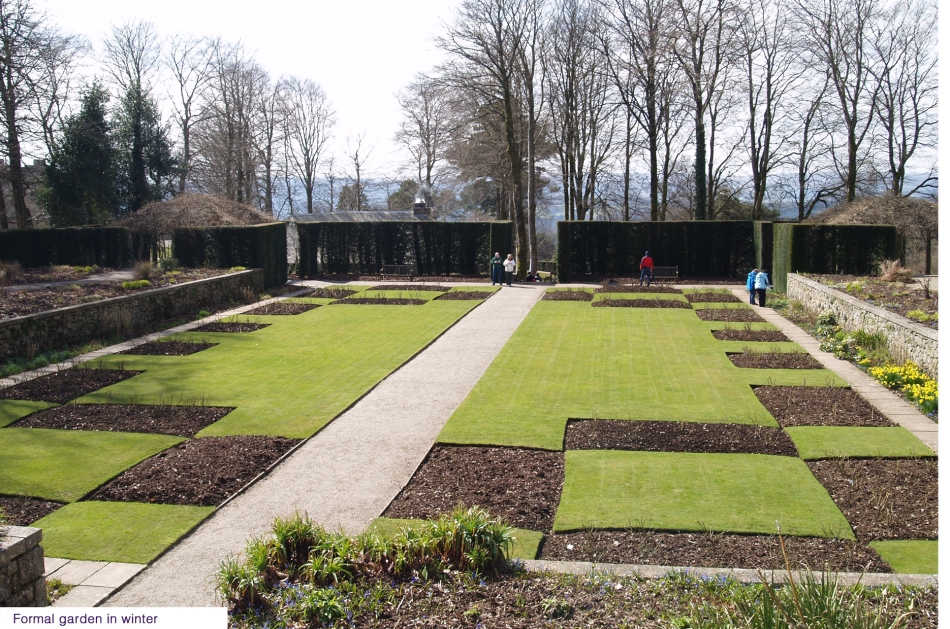 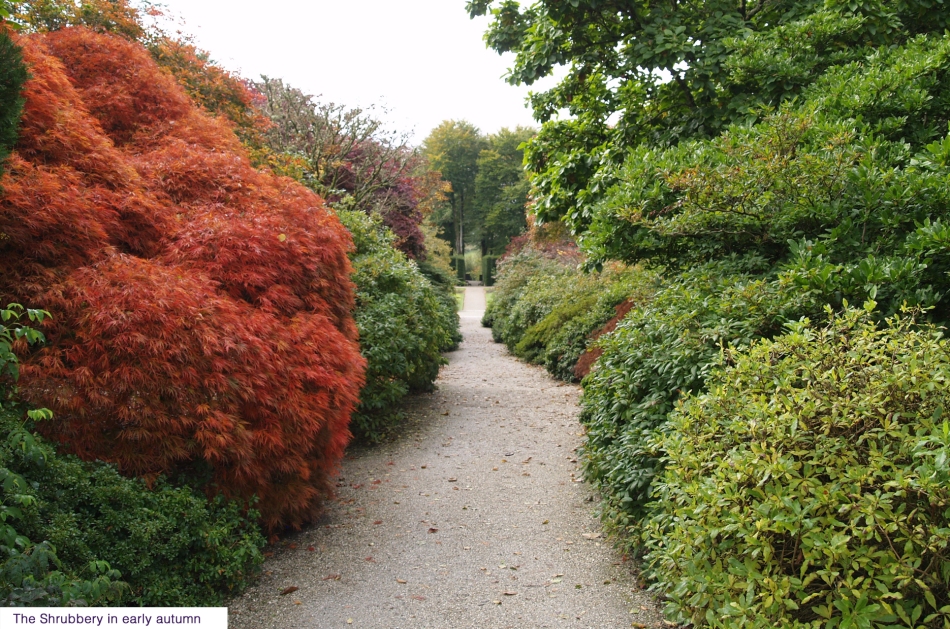 The formality suddenly changes, after climbing another flight of steps, as crisp lines of the pathway disappear, blurred by the branches of Japanese maples, magnolias and azaleas. Winding woodland paths loop around the back of the shrubs where ferns and foxgloves grow side-by-side under the towering beech trees. The formal garden is a distant memory, with the boundaries of the surrounding Dartmoor National Park trying to creep into the garden. The Shrubbery is a complete contrast to the perennial-heavy formal garden; it provides a fiery display in spring and autumn when the rest of the garden taking a breather. 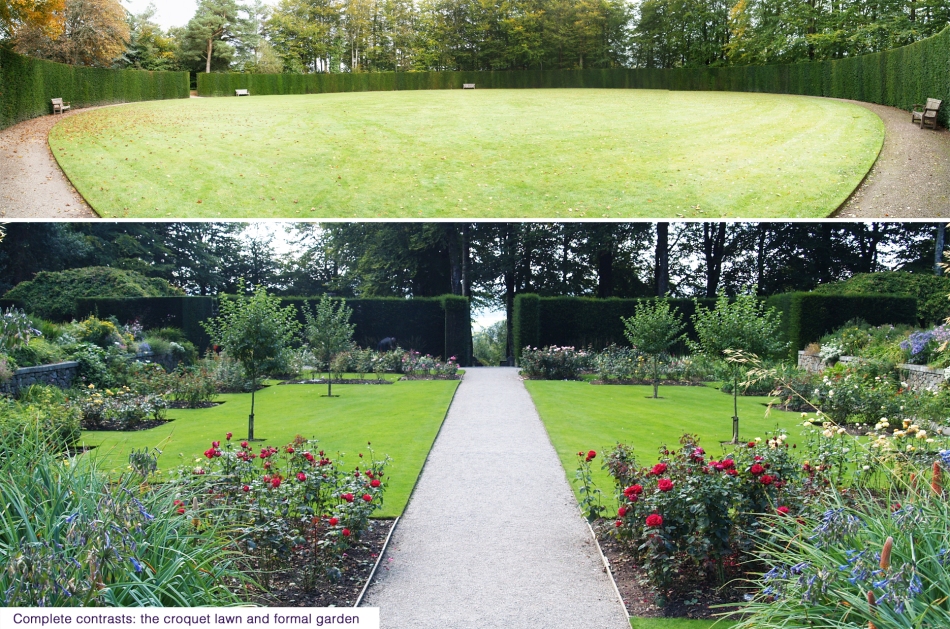 One last room awaits and it is possibly the boldest space in the entire castle. A final ascent of steps leads to the huge, but empty, circular croquet lawn. The simplest but most striking part of the garden, a pathway circles around the island of grass, with a loop of familiar yew hedge and beyond that the halo of beech, appearing taller than ever. The framing provided by the trees makes the sky as important as the plants themselves. The branches seem to reach up and touch the clouds, pulling the atmosphere down into the garden. For an enclosed space, the structure and size of the trees and hedging, coupled with the vastness of sky, stops the garden feeling small and understated. The simplicity of the croquet lawn never ceases to excite me whenever I visit.

The gardens at Castle Drogo are not large, especially compared to many stately homes. However, this helps them to feel more like a family space, not a statement of wealth or something boasted about whilst taking tea in the drawing room. It owes its success to three elements: beech, yew and granite– the backbone of the design, and the defense system guarding the precious microclimate. Combined with beautiful planting and enforced by inspirational line and shape, Castle Drogo is a garden that will always feel like a second home – forever welcoming me back with open arms.

3 comments on “Places: A Secret Garden”